Gretchen Evans, 61, says the beauty of aging comes from wisdom and knowing what life offers 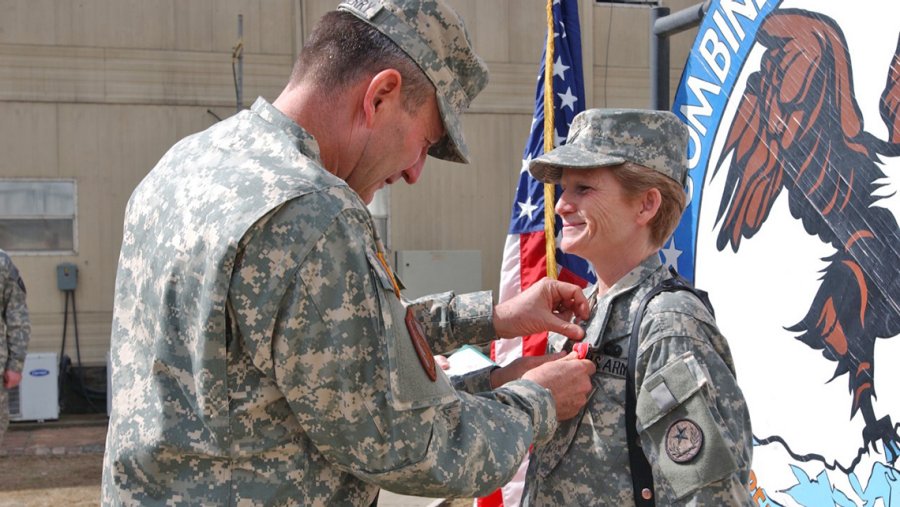 Under heavy mortar fire in Afghanistan, Gretchen Evans was thrown headfirst into a bunker while trying to get her troops to safety. Days later she woke up with a traumatic brain injury and permanent hearing loss, ending her 27-year military career. However, through a lot of hard work, she carried her tenaciousness forward into her civilian life, where she now serves as a mentor, coach and community activist. ​

​Before becoming one of the most decorated women veterans in U.S. history, Evans first enlisted in 1979, at 19 years old, with the intent of supporting herself and learning new skills.

​“But very soon I knew that serving in the military was going to be a career for me,” she said. “I loved the camaraderie, the structure, the sense of mission and purpose, and that I was contributing to something greater than myself.”﻿​

After basic training, Evans became a counterintelligence agent and learned to speak fluently in German and Italian. At 5 feet tall, her small stature helped her to go unnoticed as a spy in counterterrorism operations throughout Italy, Central America and the Middle East. She also undertook leadership roles in multiple combat engagements and was deployed in many capacities, including serving as a paratrooper. ​

By the end of her career, Evans had worked her way up to command sergeant major, the highest rank an enlisted soldier in the Army can achieve. During her final deployment in 2006, she was responsible for security and personnel at all U.S. military bases in Afghanistan, including 30,000 ground troops. ​

Navigating the military as a woman ​​

“As a female command sergeant major﻿, it was challenging because there were not many of us, and finding role models was difficult,” Evans said. “What did work for me was that when I encountered good leadership, I worked hard to take those traits and apply them to my own leadership style. Gender was not a factor in this process.”﻿​

Despite encountering challenges along the way, Evans focused on setting a good example for her soldiers, for other females in the military and for herself.﻿ “I knew I had to work hard, exceed expectations, be better than good, and attempt to let my work speak for itself.” ﻿​

Naturally, she was delighted when all career fields opened for women. But part of her wished she had the same opportunities during her time of service.﻿​

“Still, through my actions, I hope that I was among those women who pioneered the opportunity for military women of today and tomorrow to compete for any position they desire,” she said. “I believe there is still progress to be made, but every day I am watching women attain leadership roles that were not possible years ago. Such advances are very positive. I hope it continues.”﻿​

Evans said that the highlight of her career was watching soldiers she had trained and mentored succeed in their career goals. ﻿​ 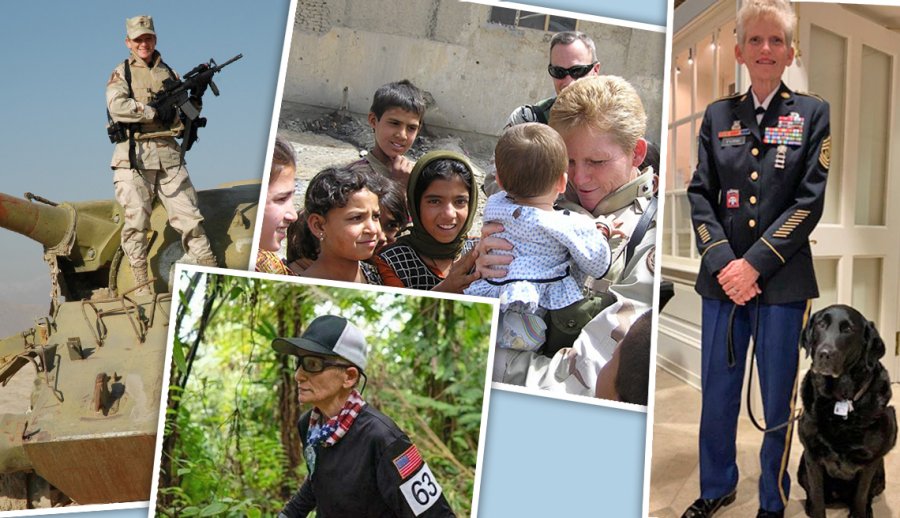 An unplanned transition to civilian life ​﻿

Upon her return to the U.S. from Afghanistan, Evans struggled with post-traumatic stress disorder (PTSD), reintegrating into civilian life and finding a job. As a result of her injuries, Evans does not consider herself disabled but as someone with mixed abilities. Since losing her hearing, she taught herself how to read lips. ​

“I spent almost my entire adult life in the military, and it is a very different lifestyle than most people encounter. Learning to navigate the civilian lifestyle took some real effort on my part,” she said. “Again, there were not many examples to follow for transitioning to civilian life.”﻿​

She credits numerous veteran service organizations for helping her assimilate back to the civilian world, including the Wounded Warrior Project, No Barriers, and America’s VetDogs, from which she received her own service dog. ​ ​

Today, Evans is engaged locally with organizations like Vet2Vet Maine and the American Legion. Nationally, she is an ambassador for No Barriers and is involved with the programs offered through the Wounded Warrior Project.﻿​

She also founded and formed an adaptive racing team, Team Unbroken, and competed in the World’s Toughest Race: Eco-Challenge Fiji, a long multiday expedition that was filmed and is streaming on Amazon Prime Video.﻿​

“We continue to race. But more importantly, we speak nationwide about our personal and team story. Everyone on the team has a life﻿-altering injury, illness or trauma with which they live,” she said. “In the telling of our stories and demonstrating through competition, our hope is to inspire people with wounds visible or invisible to not let their injuries, illnesses or traumas define who they are or what they can accomplish.”﻿​

In recognition of her distinguished military career and advocacy for veterans, Evans was inducted into the U.S. Army Women’s Hall of Fame and the U.S. Veterans Hall of Fame in 2019 and 2021﻿, respectively.﻿​

The Maine community the retired command sergeant major lives in today consists of people who are primarily 70 or older. They serve as an example for Evans, who is amazed when witnessing their daily yoga, running, walking and pickleball games. ﻿​

​“Communities connected by common interests net vibrant, vital living. I have found mentors in my community, and as I watch them age gracefully, I am attempting to do the same thing,” she said.﻿​

​Evans’ advice to other older adults is to find ways to stay active — physically, mentally and emotionally. ﻿“I have had to adjust my own expectations in these areas as I have aged. I am not as fast a runner as I once was, but I still run and enjoy it. It is not about winning races, but the fact that I can still race. My success is measured by how healthy I feel and my energy level,” she said.﻿​

​“You are never too old to try something new. I think the beauty of aging is that you have wisdom and know that the world can offer adventure, knowledge and happiness. Find what makes you happy — and do that while staying open to attempting new things to see if they increase your joy of living. Live well and incorporate a way to give back to others.”​﻿

Aaron Kassraie writes about issues important to military veterans and their families for AARP. He also serves as a general assignment reporter. Kassraie previously covered U.S. foreign policy as a correspondent for the Kuwait News Agency’s Washington bureau and worked in news gathering for USA Today and Al Jazeera English.